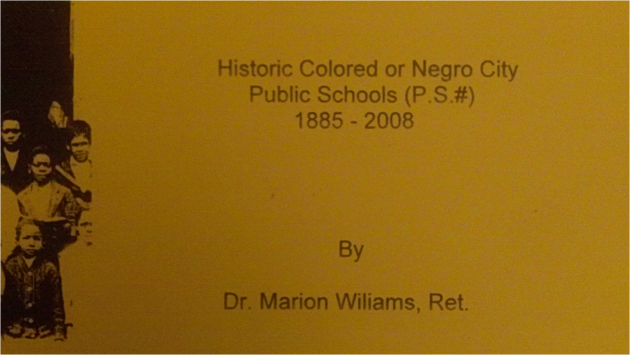 The Civil War began 150 years ago and ended with a question of acceptance and integration of its new citizen, the Colored, the Negroes.  One important question was the willingness to educate the freed slaves in the midst of the second wave of the Industrial Revolution where companies were demanding workers who knew more and could do more with their big machines.

In the South, there were rules to follow for the newly freed citizens, and establishing those rules, while keeping in mind the social order of the day, could be tricky.

Twenty years later, the Florida legislature sought to address statewide education – including its freed citizens – and in the coastal city of Pensacola nearly 130 years later, Dr. Marion Williams, provides an in-depth look at one school district’s efforts at education for its Colored or Negro students.  In his book Historic Colored or Negro City Public Schools: 1885 – 2008, this retired science teacher and school volunteer takes you on a journey that weaves personal stories with historic events.

Watch this and see another side of history.