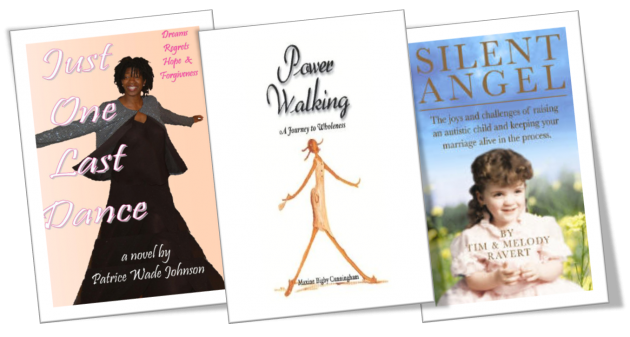 One of the great literary voices was Edgar Allen Poe, who was best known for his narrative poem, “The Raven.”  Although he was born in Boston, he claimed Baltimore as his home and is now buried in the Westminster Burying Ground where, since 1849, authors have paid their respects to the man whose literary criticism has helped thousands write better and truer to their beating hearts.

In the shadows of Edgar Allen Poe’s resting place were the writers of the Christian Authors on Tour, who hosted their first Christian Writers Literary Festival at the Enoch Pratt Free Library (in the Edgar Allen Poe Room) in Baltimore.  In part two of this two part show, Robin interviews authors Patrice Wade Johnson of Pittsburg, Pennsylvania, author of Just One Last Dance; Maxine Bigby Cunningham of Baltimore, author of Power Walking: A Journey to Wholeness; and Melody Ravert of Essex, Maryland, author of Silent Angel: The Joys and Challenges of Raising an Autistic Child and Keeping Your Marriage Alive.